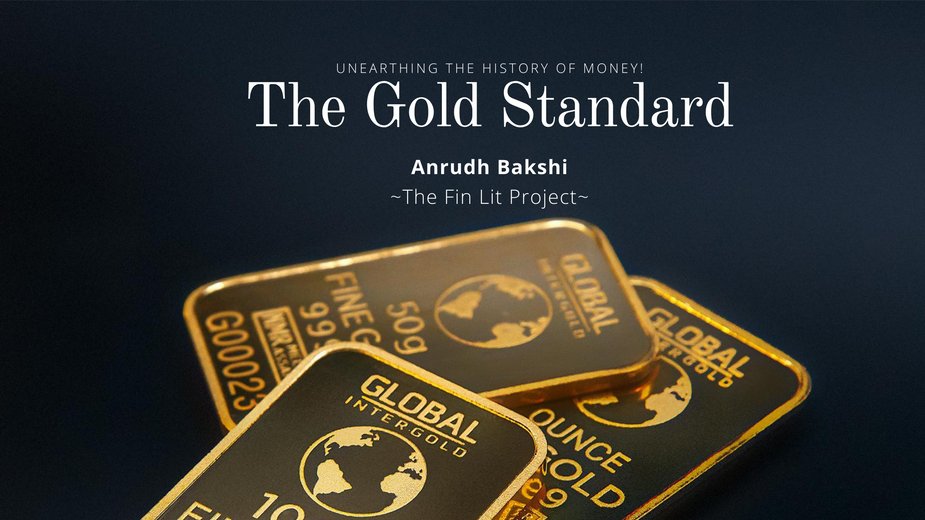 Gold! The noblest metal known to mankind, chemically the least reactive and resistant to most acids, it is one of the densest substances found on Earth with only Uranium, Platinum, Iridium and Osmium being denser. Due to it being a very good conductor of electricity and great anti-corrosive properties, gold finds its use in microprocessor chips as corrosion-resistant electrical-connectors.

With its bright reddish-yellow hue, gold has bedazzled many during the course of history and has remained a precious metal to human-kind. Made famous by King Midas and his golden touch, this metal has been used in coinage, jewelry and to store wealth all through known history. Being one of the densest non-radioactive element gives it a unique ability to easily measure its purity. This gave Archimedes his ‘Eureka‘ moment and science, the Archimedes Principle when he discovered a way to measure the purity of the King’s gold crown while immersed in a bubble bath. The discovery of ways to measure gold’s purity was one of the strongest reasons for the adoption of gold as a medium of exchange, a form of money & coinage for ages. It is easily divisible, rare to find, small amounts carry large value, is easily transportable, any attempt at adulteration is easily discover-able and the icing on the cake – it’s precious and shiny and the luster doesn’t fade!

As highlighted earlier, the mark of a good monetary exchange medium is that it should carry large value in small amounts, should be easily divisible, transportable, rare, and difficult to counterfeit. Gold ticked all these boxes! Hence, gold coinage was widely accepted as a form of currency.

When paper money was first introduced, it was typically a receipt or note guaranteed by a reputable organization (say a bank or a jeweler), to give the bearer a certain amount of gold as mentioned in that note or receipt. During the 16th to 18th centuries, most of the trade-in America and Europe traded using silver bullion. The Europeans (specifically Britain) were fixated on Chinese Silk and Chinese Tea however, China had no requirement of European or American products other than Silver. This led to the drainage of European and American silver to China and this great trade deficit resulted in the Anglo-Chinese wars also called Opium Wars. After the subjugation of the Chinese population by the British Opium, most of the world from the United States to Australia, India to South Africa was under the direct or indirect control of British Empire. Around 1717, Sir Isaac Newton the master of the Royal Mint in Britain established a new mint ratio between silver and gold, which overvalued the guinea in terms of silver. This had the effect of driving silver coins out of circulation and brought Britain firmly on Gold coinage. This resulted in most of the trade being conducted by Britain using Gold. As Britain was a leading world power at that time, as a result, most of the trade around the world was being conducted using Gold. This was the golden age of the British empire. With the world in its grasp, Gold all around the world came to Britain. London was the capital of the empire and most of the Gold was being brought to London. The London Goldsmiths who were into production and sale of Gold and silverware, already had large strong-rooms to keep their wares safe. As a result, they were naturally chosen by wealthy merchants, lords of the seas, traders and royalty who were bringing the Gold from all corners of the empire, to deposit it with these London Goldsmiths who use to issue them depository receipts and also offered interest on these deposits beside keeping them safe. Soon these Goldsmiths expanded their banking business, with their branches all around the world from Burma, India to America. Links of all major British Banks can be traced back to these London Goldsmiths. So if a trader deposited his bullion in London and was issued a depository receipt, this could be redeemed in Bombay or Burma or New York for same amount in Gold. This led to ease in trade and soon enough, Royal Mint and Bank of England joined this lucrative system and started issuing bank notes with sovereign guarantee of redemption of equal amount in Gold. This brought the entire British Empire firmly under Gold Standard.

Gold Standard, is therefore a monetary system in which the value of the currency (paper banknotes or depository receipts) is backed by Gold. One can redeem a guaranteed amount of Gold using this currency. Thus, the nations issuing currencies under Gold Standard are supposed to maintain an equal amount of Gold to the amount of currency they have printed and are in circulation. The gold standard was the ultimate step that inspired people to accept paper money as a medium of exchange rather than using money for its intrinsic value.

In 1787 the United States constitution established Gold & Silver coins as legal tender with floating exchange rate and gave US Congress the sole authority to coin money and fix its value. In 1792 this was fixed as silver to gold exchange rate at 15:1 (section 11 of Coinage Act of 1792). In 1834, United States fixed the value of Gold as US$20 per ounce which was followed till 1933 when during the great depression the US$ was devalued as US$35 per ounce of Gold. Coinage Act of 1853 debased silver coins and the Coinage Act of 1873 effectively abandoned silver coins with the US firmly under Gold Standard. This was due to inherent demerit in the bimetallic currency system as, if the market forces caused either metal’s bullion value to exceed its currency value – this would result in that metal disappearing from circulation due to hoarding and melting of coins.

Fall of Gold Standard – Great war or World War-I brought an end to this system . In order to fund their respective war efforts, governments suspended the Gold Standard demonstrating its inability to hold through during both good and bad times. In financing the war and abandoning the Gold Standard many of the belligerents suffered drastic inflation. Though the system was briefly reinstated between 1925 – 1931, the end of the Gold Standard was effected by the Bank of England through its appeals to patriotism urging its citizens not to redeem paper banknotes for Gold. In 1933, President Franklin D Roosevelt nationalized Gold owned by private citizens and revalued Gold as US$35 per ounce. These economic measures ended the internationally harmonious Gold Standard but gave much needed impetus to economy till the advent of World War-II.

Bretton Woods System – Post World War-II United States emerged as the victorious superpower and an economic powerhouse. In 1944, representatives of 44 nations met at Bretton Woods, New Hampshire, and designed a new postwar international monetary system. Under this system, each country fixed their currency’s exchange rates in relation to US$, which was pegged to gold at US$35 per ounce (this option was not available to firms or individuals). This made US$ the reserve currency of the world. This economic system also had inherent problem (read Triffin Paradox). Post World War-II, large military spending due to ongoing cold war with USSR, the space race and high dependence on imports led to US trade deficits resulting in the outflow of US Gold reserves. This problem was exacerbated with the start of the Vietnam War and in 1968 Belgium and the Netherlands cashed their US$ reserves for gold, with Germany and France expressing similar intentions and in 1971 Britain sought payments in Gold from the US. As a result on August 15, 1971 President Nixon famously severed redeem-ability of US$ in Gold (termed Nixon Shock) thus formally bringing an end to the Bretton Woods system and final abandonment of the Gold Standard. This resulted in all the currencies becoming free float or fiat money wherein value of currency is not backed by a physical asset but made legal tender by a government decree (stability of currency thus depended on the stability of the government system of the issuing nation).

Special Drawing Right (SDR) – SDR is an international reserve asset created by IMF in 1969 as supplementary foreign exchange reserve assets. The SDR is neither a currency nor a claim on the IMF. It is a potential claim on the freely usable currencies of IMF members. SDRs can be exchanged for these currencies. Currencies included in the SDR basket have to meet two criteria: the export criterion and the freely usable criterion. A currency meets the export criterion if it is the currency of a member country which is the world’s top 5 exporter of goods and services. A currency is deemed freely usable if it is widely used to make international payments and widely traded in internationally eminent exchanges. The SDR basket is reviewed every five years or earlier if warranted to ensure that this basket accurately reflects the importance of currencies in world trading and financial system. At present US$, Euro, Chinese RMB, Japanese Yen, and British Pound Sterling form the SDR basket. The value of the SDR is determined daily based on market exchange rates and IMF fixes this rate every day in US$.

Since the birth of trade and commerce, humans have always looked for that perfect system to exchange goods and services freely and fairly. However, the perfect system has always alluded them. Even the present system of SDR has inherent drawbacks wherein the country having its currency in the SDR basket may artificially manipulate its value leading to gains in international trade. This would specially be beneficial to a country having export surplus and in long run, countries with trade deficit tend to lose out. The ongoing trade war between US and China can be attributed to this problem. A perfect balance can only be achieved in a world that is in perfect harmony and there are no trade imbalances. However, the history of money is incomplete without this incredible chapter which changed the way we consume money today.

Subscribe to The Fin Lit Project and join our community of finance learners to read more about finance in simple language and let us unearth the hidden treasures of the world of finance together!